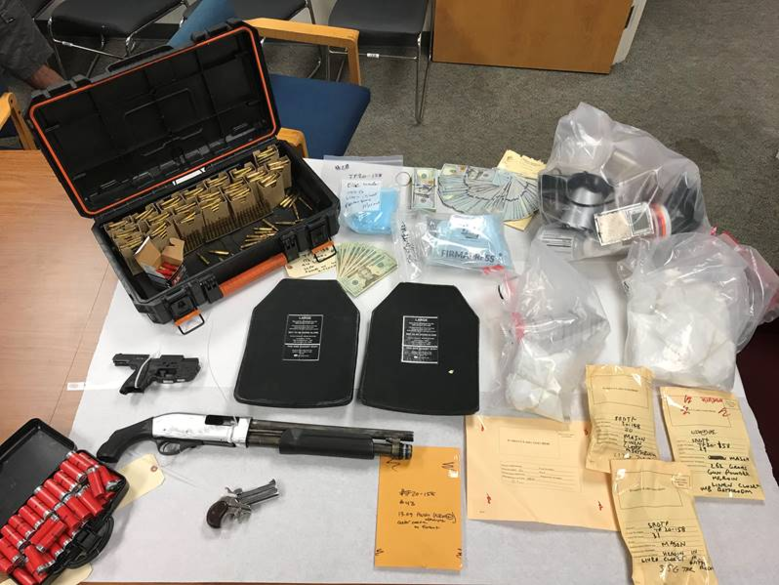 Lynnwood, WA 7/25/2020- Authorities in Snohomish County have seized 1,400 grams of fentanyl — worth at least $14 million — from the Lynnwood home of two people who were arrested Saturday. The cache of drugs, which also included heroin and methamphetamine, is the largest amount snagged by law enforcement in the county.

The home’s residents, a 38-year-old man and 36-year-old woman, were arrested Saturday morning during a traffic stop in Arlington and booked into the Snohomish County Jail, Sheriff’s Department spokesperson Courtney O’Keefe said. Officers found 13 grams of heroin and a gun in the car, she said.

The amount of fentanyl found in the house could have been used to make 1.4 million counterfeit pills worth between $14 and $23 million, according to the task force.

“The amount of fentanyl the suspects possessed at their residence has the capability to cause the death of approximately 700,000 people,” O’Keefe said in an emailed statement about the arrests. A potentially fatal dose of fentanyl is 2 milligrams, authorities said.

Public-health officials in Washington have called fentanyl a “death drug” after seeing significant increases in overdose deaths last year from fentanyl-laced pills appearing in the guise of much less potent opioids.