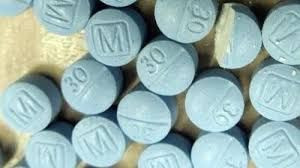 Seattle)—Twelve members of a drug trafficking group distributing fentanyl, heroin, methamphetamine, and cocaine throughout the Puget Sound region were arrested today following a year-long investigation and two grand jury indictments, announced U.S. Attorney Brian T. Moran. The members of the conspiracies engaged in trafficking activities from Mexico, through California and Oregon, and into the North Puget Sound region. Those arrested today will make appearances in U.S. District Court for the Western District of Washington today and tomorrow.

“During the course of this investigation agents seized more than 20,000 pills pressed to look like oxycodone, but actually tainted with fentanyl,” said U.S. Attorney Brian Moran. “I have had heartbreaking conversations with the parents of young people who died from fentanyl overdoses linked to counterfeit pills. We are making it a priority to get these deadly drugs off the streets.”

“While most Puget Sound residents have been in ‘lockdown’ status because of the pandemic, our investigators and prosecutors continued pursuing those endangering our communities with indiscriminate sales of fentanyl tainted pills, heroin and methamphetamine,” said DEA Special Agent in Charge Keith Weis. “The tough job of removing this criminal organization was accomplished through the sheer determination and dedication to our community’s safety by our law enforcement professionals.”

In addition to the fentanyl pills, during the investigation law enforcement seized more than six pounds of heroin and nearly nine pounds of methamphetamine. Some of the drugs were smuggled in hidden compartments in the seats of vehicles.

The indictments charge a range of drug trafficking crimes. Those indicted include:

Due to the drug quantities involved, some of the defendants face potential mandatory minimum ten-year sentences. Today alone, law enforcement seized: nearly 6 pounds of methamphetamine, 8 pounds of heroin, 7,500 pills likely tainted with fentanyl, over $100,000 in cash, 4 firearms, and vehicles outfitted with “traps”—hiding places for smuggling drugs and money.

The charges contained in the indictment are only allegations. A person is presumed innocent unless and until he or she is proven guilty beyond a reasonable doubt in a court of law.

This was an Organized Crime and Drug Enforcement Task Force (OCDETF) investigation, providing supplemental federal funding to the federal and state agencies involved.

The case is being prosecuted by Assistant United States Attorneys Stephen Hobbs and Benjamin Diggs.