In 12 Seconds in the Dark: A Police Officer’s Firsthand Account of the Breonna Taylor Raid, Sgt. Mattingly tells what really happened that horrible night. A twenty-year police veteran with an impeccable record, Mattingly takes readers inside the Louisville Metro Police Department’s response to suspected criminal activity that night, debunking lie after lie about what happened, including:

The officers followed standard forced-entry protocol—and even gave the suspect more time than usual to respond before entering. Taylor's boyfriend inside the apartment most certainly knew it was the police who were at his door, despite falsely claiming the police did not announce or identify themselves. Breonna should not have died that night, but her death did not happen the way the media told you. In this gritty and suspenseful true story, Mattingly sets the record straight on this shocking story that gripped the nation. 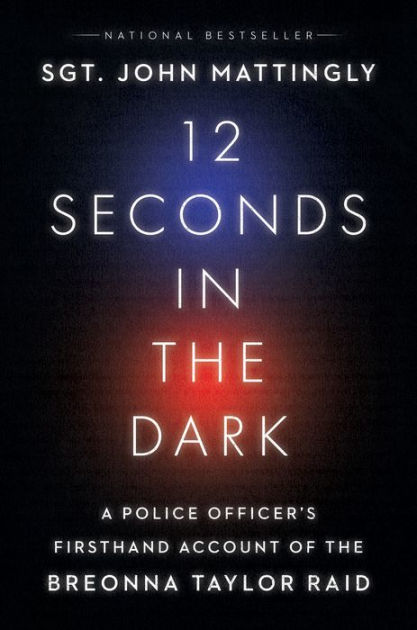 Under Fire, On January 4th, 2012 Lieutenant Hutchinson was involved in a thirteen-minute gun battle after his narcotics team was ambushed while serving a knock and announce search warrant on a small marijuana grow house.  During the gunfight Lieutenant Hutchinson was shot five times while rescuing injured officers from the home.  Lieutenant Hutchinson will provide a debrief of the search warrant, a detailed account of the gunfight, lessons learned in the aftermath, as well as the mindset that helped him survive the near fatal gunshot wounds and continue to fight until all of his team had been pulled from the home.