MARIJUANA LEGALIZATION IN THE UNITED STATES: A SOCIAL INJUSTICE

The United States is currently sitting at a crossroads in regard to drug policy.

Historically, the movement to liberalize marijuana policies has focused on lobbying policymakers at the state and federal level. After years of failing to change policy by pressuring lawmakers, the monied interests behind legalization efforts shifted tactics to mobilize behind petition-driven ballot initiatives.

In 2012, Colorado and Washington State became the first states to “legalize” the recreational use of marijuana after massive amounts of money were spent to pitch the proposals to the general public.1 In the years since, a total of eleven states have “legalized” the recreational use of the drug, with all but one taking the additional step in allowing for its commercial sale.

The Pacific Northwest is drowning in methamphetamine: 17 arrested in major drug trafficking operation 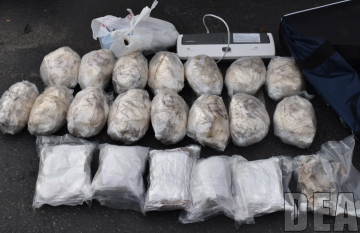 The U.S. Justice Department says the drugs were being smuggled into the Seattle area. Officers seized 37.5 pounds of meth and 27 pounds of heroin during the whole operation. The DEA also seized $10,000 in cash and six firearms.

Two officers and a suspect were wounded in an exchange of gunfire during the operation, the Spokesman-Review reported. The officers were treated and released from a hospital and the suspect, who authorities said shot himself, was seriously injured, the Spokesman reported.

Members of a methamphetamine and heroin trafficking street gang called the Eastside Familia Norteno were targeted by..."

"An undercover drug bust at a boutique hotel in downtown Tacoma this week netted more than $14,000 in cash and 10 ounces of heroin, according to court documents.

Pierce County sheriff’s investigators were conducting surveillance on a 42-year-old man Florida staying at the hotel.

They watched him walk from his room to a parking garage, where he appeared to remove something from beneath the hood of a Mercedes before getting inside the car.

Deputies moved in to arrest the man, who took off running, leaped over a short wall and landed 20 feet below on a lower parking level.

He was tackled by deputies and taken to a local hospital for treatment of a broken ankle.

The World Drug Report 2019 is again presented in five separate parts that divide the wealth of information and analysis contained in the report into individual reader-friendly booklets in which drugs are grouped by their psychopharmacological effect for the first time in the report’s history.

The Legalization of Marijuana in Colorado: The Impact 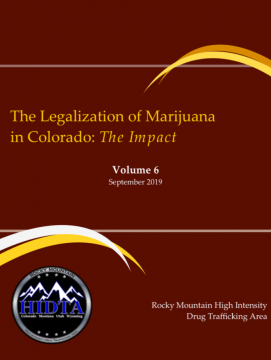 The Rocky Mountain High Intensity Drug Trafficking Area (RMHIDTA) program has published annual reports every year since 2013 tracking the impact of legalizing recreational marijuana in Colorado. The purpose is to provide data and information so that policy makers and citizens can make informed decisions on the issue of marijuana legalization. 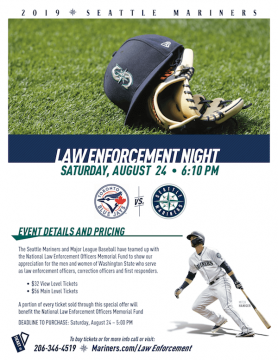 The Seattle Mariners are hosting Law Enforcement Night at their game against the Toronto Blue Jays on Saturday, August 24 at 6:10 PM.

The Mariners and Major League Baseball have teamed up with the National Law Enforcement Officers Memorial Fund to show their appreciation for the men and women of Washington State who serve as law enforcement officers, correction officers and first responders. View Level Tickets are $32 and Main Level Tickets are $56.

“Seattle is Dying by Komo News 4 Seattle” This is a must see documentary!

New study is the first to show the impact of marijuana use on population rates of psychosis; Daily marijuana users three times more likely to have a diagnosis of first episode psychosis; rises to five times more likely with high potency marijuana
(Alexandria, VA) - Today, a landmark study published in the prestigious Lancet Psychiatry Journal finds that daily use of high potency marijuana is linked to greater rates of psychosis in Europe. According to the study, an estimated five in ten new cases of psychosis in Amsterdam and three in ten new cases in London are linked with high potency marijuana use.
"This study is groundbreaking," said Dr. Kevin Sabet, president of Smart Approaches to Marijuana (SAM) and a former Obama Administration drug policy advisor. "It is the first to show how marijuana impacts population rates of psychosis - and it's results are chilling. For years we have known that low potency marijuana was damaging to mental health. Now the scientific literature is catching up with the rapidly increasing THC potency we are seeing on the market today."
Numerous studies have shown a causal link between marijuana use and onset of severe mental health issues, such as psychosis and schizophrenia, but this is the first study to showcase the link at a population level. The study finds that daily, average potency marijuana users were three times more likely to be diagnosed with first episode psychosis compared to non-users. With daily use of high potency marijuana, this number increased to five times more likely.
"Our findings are consistent with previous studies showing that the
use of cannabis with a high concentration of THC has more harmful effects on mental health than the use of weaker forms. They also indicate for the first time how cannabis use affects the incidence
of psychotic disorder at a population level," said Dr Marta Di Forti, lead author from the Institute of Psychiatry, Psychology, and Neuroscience at King's College London, UK. "As the legal status of cannabis changes in many countries and states, and as we consider the medicinal properties of some types of cannabis, it is of vital public health importance that we also consider the potential adverse effects that are associated with daily cannabis use, especially high potency varieties."
Moreover, the study found that instances of first time psychosis in London would be cut by a third if high potency marijuana products were no longer available.
Sabet continued, "Lawmakers considering marijuana legalization are not learning about studies such as this from the well-heeled marijuana industry lobbyists. We will get this study, and others like it, in front of lawmakers at all levels of government to educate them on the real impact of allowing the commercialization of high potency marijuana to spread."
###
About SAM:
Smart Approaches to Marijuana (SAM) is a nonpartisan, non-profit alliance of physicians, policy makers, prevention workers, treatment and recovery professionals, scientists, and other concerned citizens opposed to marijuana legalization who want health and scientific evidence to guide marijuana policies. SAM has affiliates in more than 30 states.
Evidence shows that marijuana - which has skyrocketed in average potency over the past decades - is addictive and harmful to the human brain especially when used by adolescents. In states that have already legalized the drug, there has been an increase in drugged driving crashes, youth marijuana use, and costs that far outweigh pot revenues.These states have seen a black market that continues to thrive, sustained disparities in marijuana arrest rates, and tobacco company investment in marijuana.
Marijuana is not a harmless drug. View the stories of its victims here.
For more information about marijuana use and its effects, visit www.learnaboutsam.org
Continue reading
Tweet
WSNIA

On behalf of the over 500 members of the Washington State Narcotics Investigators Association (WSNIA), I would like to take this opportunity to thank you and the entire RC-26 program for the assistance and support you have provided law enforcement throughout the northwest. The RC-26 is an integral tool used by law enforcement in its efforts to dismantle high level Drug Trafficking Organizations (DTO’s) preying on Washington communities.

With the opioid epidemic raging across Washington and large quantities of Methamphetamine continuing to threaten our state, it is not the time to take away this invaluable resource.

In addition, without question, the RC-26 program enhances law enforcement officers’ safety during missions, especially during buy busts and the execution of high-risk search warrant. The RC-26 is used for pre-raid surveillance and on a number of occasions has allowed the officer riding in the aircraft to observe activities resulting in critical changes in plans to keep officers safe. The RC-26 has allowed officers to view secret stash locations that would not have been found without this resource.

In one case, the RC-26 was used to surveil a residence prior to service of a high-risk search warrant. The FLIR determine a vehicle parked at a residence was hot and had recently been driven. Three suspects were observed exiting the residence carrying large duffle bags. Two suspects took off in the vehicle which was tracked by the RC-26. A subsequent traffic stop and search of the vehicle revealed one of the duffle bags contained 6 semi-automatic weapons, one of which was stolen.

What cannot go unmentioned is how the RC-26 personnel interact and perform with a great deal of professionalism and strong work ethic. These guardsmen are truly a credit to the program and the National Guard.

Please let me know if our members can provide further details or testimony as to the value of the RC-26 program.

Driving Under the Influence of Cannabis & Alcohol 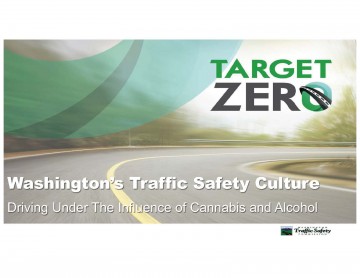 Wall Street Journal: Marijuana Is More Dangerous Than You Think

Updates on fentanyl in Washington State 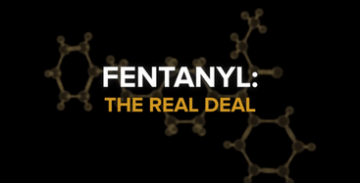 The Washington State Department of Health has shared a press release detailing an increase in deaths from fentanyl, a potent opioid, as well as tips for how people who use opioids can stay safe.

On stopoverdose.org we have posted resources on fentanyl and safety for law enforcement, including a training video "Fentanyl: The Real Deal" and "Fentanyl Safety Recommendations for First Responders."

In addition, we also have a "Guide to Fentanyl Surveillance for WA State Syringe Service Programs."

Huge rise in overdose deaths, in Washington state and the nation, from fentanyl, which can kill even in tiny doses