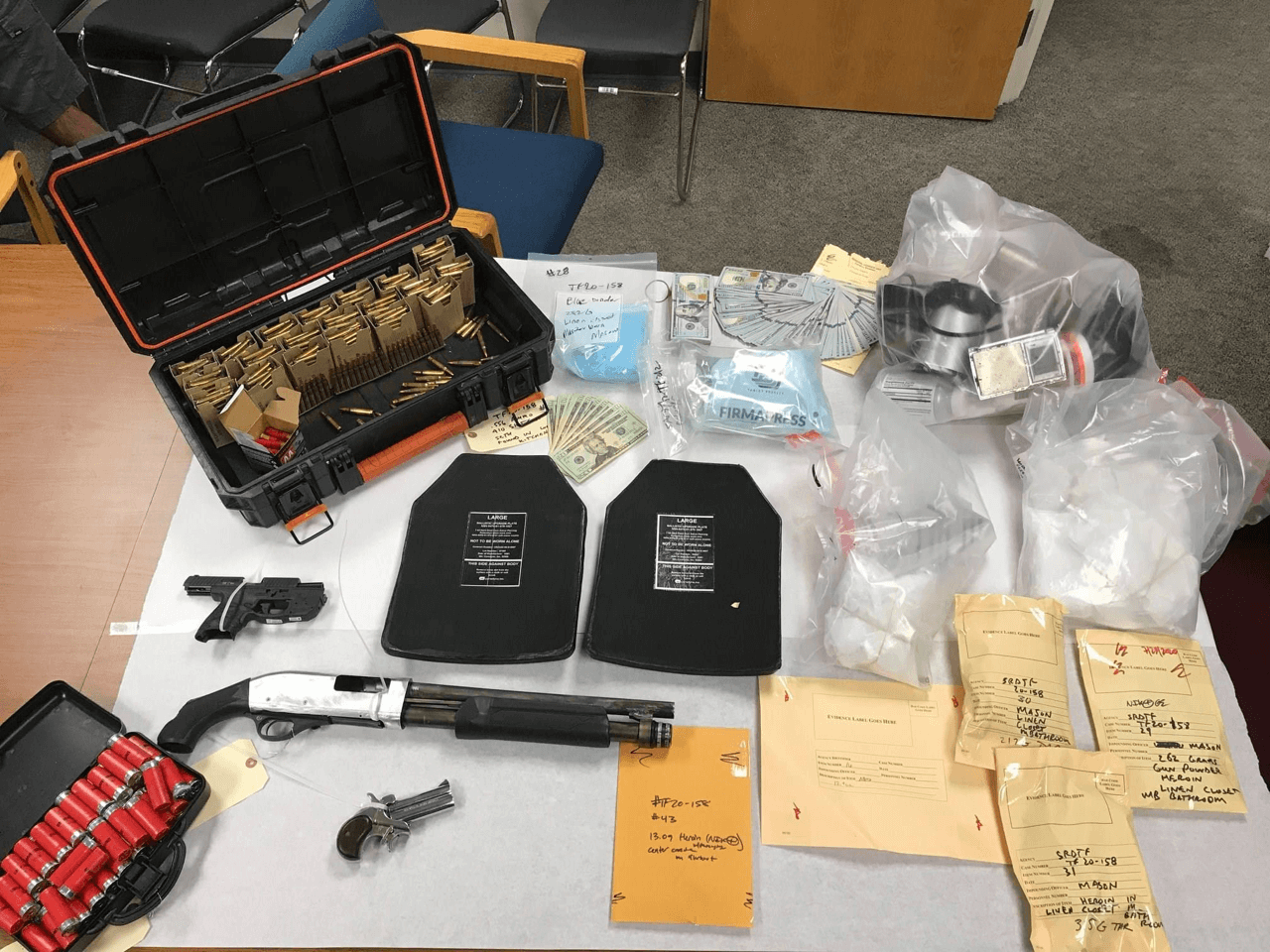 LYNNWOOD, Wash. – On Saturday, July 25, the Snohomish Regional Drug Task Force seized 1,400 grams of fentanyl, the largest amount ever seized in Snohomish County. Following a narcotics investigation, a 38 year-old Lynnwood man and a 36 year-old Lynnwood woman were taken into custody around 10 a.m. Saturday during a traffic stop in the 18200 block of 59th Avenue NE in Arlington.

With an approved search warrant, detectives recovered 13 grams of heroin in the center console of the vehicle and a pistol under the passenger seat floorboard. During a search of the suspects’ residence located in the 15900 block of 35th Place West in Lynnwood, detectives recovered:

The street value of the fentanyl seized ranges from $14 million to $23 million. From this supply, about 1.4 million counterfeit pills could be produced and the amount of fentanyl the suspects possessed at their residence has the capability to cause the death of approximately 700,000 people.

(Some of what was recovered pictured below: guns, body armor plates, clear plastic bags with fentanyl and yellow envelopes with heroin.)

Tweet
THE LEGALIZATION OF MARIJUANA IN COLORADO: THE IMP...
Photo from DEA led bust in Whatcom County shows da...