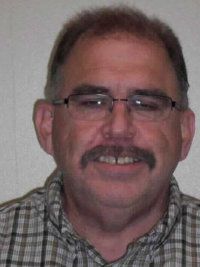 Correctional Officer David Christensen died from complications as the result of contracting COVID-19 during an outbreak among employees and inmates at the Stafford Creek Corrections Center in Aberdeen.

Officer Christensen was a U.S. Army veteran and had served in law enforcement for 40 years. He is survived by his son and three sisters. 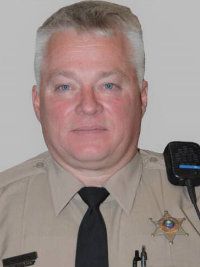 Deputy Sheriff Jon Melvin died from complications as the result of contracting COVID-19 during a presumed exposure while on duty.

Deputy Melvin had served with the Grant County Sheriff’s Office for 35 years. He is survived by his son, father, and sister. 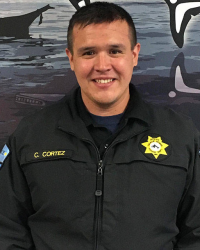 Police Officer Charlie Cortez died after the 24-foot fisheries enforcement vessel he was in capsized after being struck by a rogue wave in the Puget Sound, Washington, at about 9:00 pm.

He and his partner had just escorted a distressed boater into Tulalip Bay when their vessel was struck by the wave and capsized. A search was immediately initiated by tribal, local, state, and federal agencies in the area. Officer Cortez's partner was located in the water suffering from hypothermia near Hat Island at about 11:45 pm and rescued by tribal fishermen.

Officer Cortez was not located and, due to cold water temperatures and adverse weather conditions, it was determined that Officer Cortez could not have survived. The search and recovery operation was suspended on November 19th, 2020.

Officer Cortez had served with the Tulalip Tribal Police Department for three years. 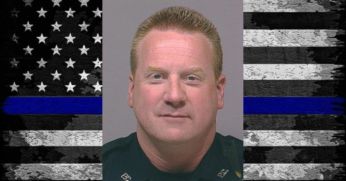 A passerby called 911 at 6:16 a.m. to report that a deputy was unresponsive in a parking lot in the 14900-block of Pacific Avenue South, the PCSD said in a press release several hours later. Medics and fellow deputies rushed to the scene and found the 57-year-old deputy lying face-down on the ground outside his patrol car, KCPQ reported.

They attempted lifesaving measures before rushing Deputy Shuey to a local hospital, according to the sheriff’s office.“Shortly after 7:00 a.m. we were notified that our deputy had passed away from what appears to be a medical emergency,” the PCSD’s post read.

Deputy Shuey served the department for 26 years. He was assigned to dayshift central patrol, and had just begun his shift when the medical emergency occurred.

The PCSD described Deputy Shuey as a “proud husband and father,” and said he was a “beloved member” of the department.“We are asking all of you to keep Daryl, his family, and our deputies in your hearts today as we grieve his sudden passing,” the sheriff’s office said. 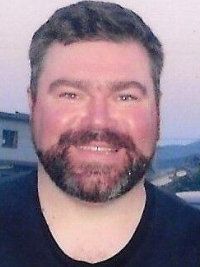 Corrections Officer Dan Oaks died after contracting COVID-19 during an outbreak among staff and inmates at the Yakima County Jail.

Officer Oaks had served with the Yakima County Department of Corrections for 15 years. He is survived by his wife and two children. 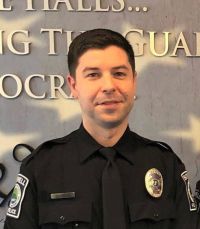 Officer Jonathan Shoop died in the line of duty while attempting to stop a violator vehicle on July 13th 2020, at around 9:40 PM. Officer Shoop died from his wounds at the scene.

Jonathan Shoop started his law enforcement career at the Bothell Police Department on June 3rd, 2019 after serving in the United States Coast Guard. Jonathan was a dedicated officer who served the City of Bothell with professionalism and compassion. Jonathan was well liked amongst his peers and throughout the community. Officer Jonathan Shoop will be dearly missed.

Officer Shoop is survived by his fiancé, his mother, and his two brothers. 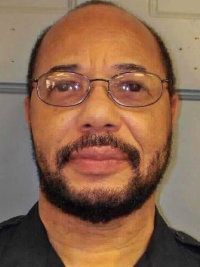 Correctional Officer Berisford Morse died after contracting COVID-19 through a confirmed exposure to an inmate during an outbreak at the Monroe Correctional Complex’s minimum security unit.

Officer Morse had served with the Washington State Department of Corrections for 17 years.

Officer Morse is survived by his wife and daughter. 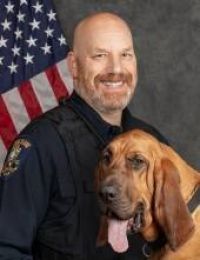 Police Officer Kurt Enget died as the result of complications from contracting COVID-19 while on duty.

Officer Enget had served with the Bainbridge Island Police Department for three years and had previously served with the Suquamish for 12 years. He is survived by his wife, three children, and two grandchildren. 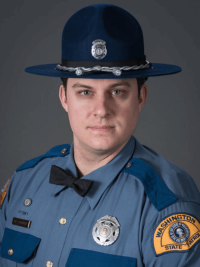 Trooper Justin Schaffer was struck and killed by a fleeing vehicle while attempting to deploy stop sticks during a vehicle pursuit along I-5 in Chehalis.

The suspect driving the vehicle had stolen an item from a convenience store in Lacey the previous day. The man had threatened the clerk with a stun gun and threatened to run him over. Thurston County deputies spotted the truck the following day and attempted to stop it in Maytown. The vehicle fled into Lewis County with deputies pursuing it.

Trooper Schaffer was struck by the subject as he attempted to deploy stop sticks near mile marker 79. The man continued to flee until stopping and barricading himself inside his vehicle several miles later. He was taken into custody by Thurston County deputies.

Trooper Schaffer had served with the Washington State Patrol for six years. He is survived by his wife, parents, and brother. 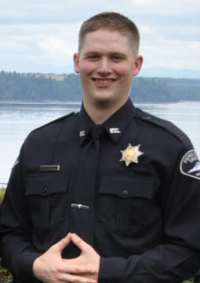 Deputy Cooper Dyson was tragically killed in a collision on the early morning of Saturday December 21, 2019, as he responded to assist other deputies who were being assaulted by a domestic violence suspect who was trying to access a firearm.

Deputy Cooper Dyson was 25 years old, married, a father of 3 year old son and was expecting a baby girl in two weeks. He was a proud veteran of the United States Coast Guard and has served as a deputy with Pierce County Sheriff's Office since 2018. 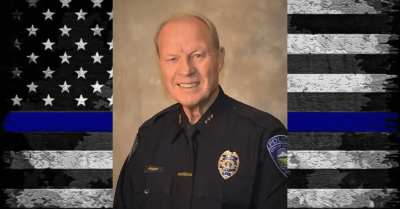 EOW - November 6th, 2019
Chief Knapp succumbed to his injuries on Wednesday November 6th, 2019. Knapp, 79, was struck by a maroon 1988 Chevrolet GMT-400 while crossing Fourth Street in Lynden shortly before 5:30 p.m. Nov. 5, according to the Washington State Patrol release on the incident, which noted that the truck’s headlights were not on at the time of the collision.

“Michael was a family man that touched many and will be sorely missed,” his family said in a statement to The Bellingham Herald. “He offered so much to his family, friends and community.”
Chief Knapp, a U.S. Army veteran, served with many departments throughout his long career in law enforcement.

He worked for the Milpitas Police Department and the Santa Clara County Sheriff’s Office in California, and later served as the Medina Police Department chief from 1998 until 2003. In 2005, he was appointed as the chief of police in Ferndale, Washington, where he remained until his retirement in 2016.

“Chief Michael Knapp embodies the best in public service,” Ferndale City Administrator Jori Burnett said, according to The Bellingham Herald. “For over a decade, he served the city of Ferndale with honor and distinction, bringing his years of experience to elevate the work of the Ferndale Police Department. We are holding him and [wife] Nancy in our thoughts and prayers during this difficult time.”

Chief Knapp had been serving as the LPD’s interim chief for the past six months. Chief Knapp was an FBI National Academy graduate, a Foreign Service Institute graduate, and a member of the California Bar Association.

Ferndale Mayor Jon Mutchler said he has known Chief Knapp for over 10 years, KOMO reported.  "Chief Knapp was one of the few people I’ve ever known in my life that when you’re around him…you step up your game,” Mutchler explained. “You’re a better person. I’m a better man.” 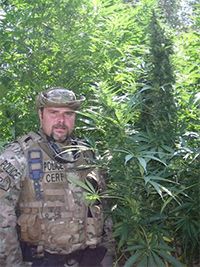 January 28, 1968 - August 06, 2015
On August 6, 2015, Washington State Patrol (WSP) Detective and Drug Enforcement Administration (DEA) Task Force Officer (TFO) Brent L. Hanger was participating in a joint WSP and DEA marijuana eradication effort on public lands outside of Yakima, Washington. This operation was conducted as part of the DEA Seattle Division’s Domestic Cannabis Eradication and Suppression Program. TFO Hanger was hiking with other members of the Reconnaissance and Arrest Team following a tip on a suspected large-scale outdoor grow operation when he suffered chest pains which required immediate medical attention. Attempts by on-scene medical personnel to revive TFO Hanger proved unsuccessful and he was pronounced dead on the scene.

Task Force Officer Hanger began his career with the Washington State Patrol in March of 1999. At the time of his passing he worked out of the DEA Bellingham Resident Office while assigned as an Investigative Detective to the Whatcom County Drug and Gang Task Force. In June of 2009, TFO Hanger became actively involved in eradication efforts on public and tribal lands throughout the State of Washington. TFO Hanger was a certified helicopter short haul master and key member of the Reconnaissance and Arrest Team, responsible for apprehending individuals tending to and overseeing large outdoor marijuana grow operations.